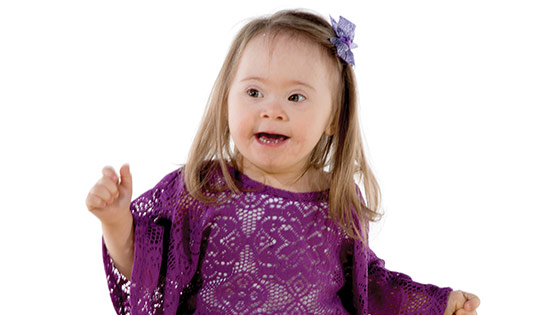 Milla’s a typical two-year-old—who also happens to have Down Syndrome. But really, she’s just Milla. And for parents Amelia Torres and Brian Mooney, she’s beat the odds since the beginning.

Their pediatrician referred them to the pediatric rehabilitation department at the Children’s Hospital of Georgia. At one year old, Milla was barely sitting and couldn’t crawl. But in a matter of months, her therapists had her crawling, then walking. Now she even starts dancing when Brian puts on her favorite music—anything but classical. Milla’s continuing to thrive and to progress. “It’s like family, coming here,” said Amelia. “They’re not focused on her diagnosis, they’re focused on her as a child. And the future we want for her hasn’t changed since we received the diagnosis. We want her to go on and do college and do whatever she wants to do—Milla’s choice.