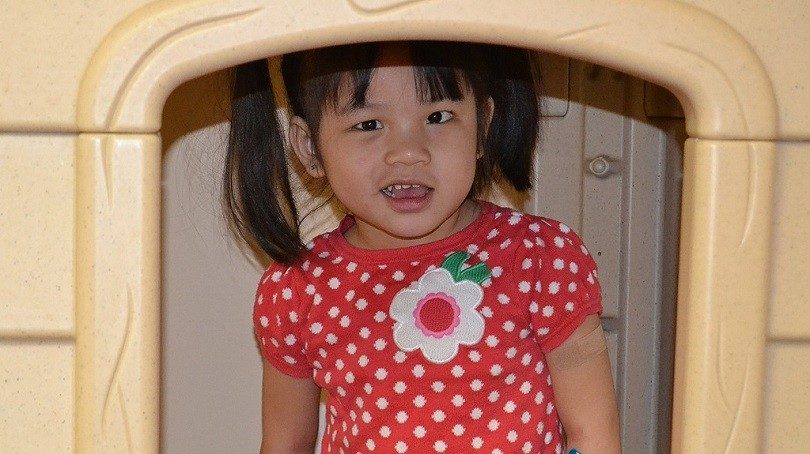 It’s a time that Marjorie St. John describes as “March madness” — the month that her 2-year-old daughter suffered 500 grand mal seizures and three hospitalizations. From talking, giggling and walking, Amelia, or Ami as her family calls her, regressed to newborn status and even beyond, unable to eat, drink or hold up her head, paralyzed due to the seizures ravaging her brain.

Ami’s first documented seizure occurred when she was just 5 months old and living in a Chinese orphanage. But the photo of the little girl on the adoption site tugged at St. John’s heart and wouldn’t let go. By the time St. John and her husband, James, arrived in China for the two-week adoption process, Ami’s seizures had progressed, until at one point she had 19 in one 24-hour period.

At home in Milledgeville, Ami’s neurologist, “tried everything, and all the meds — nothing — was stopping the seizures,” said St. John. So he referred the family to epileptologist Dr. Yong Park at the Augusta University Epilepsy Center: “He said, ‘If anybody can help you, he can.’”

While reviewing Ami’s past EEGs and MRIs, Park’s experience led him to notice early signs in the scans that pointed to the cause of Ami’s seizures: Rasmussen’s encephalitis.

The treatment — hemispherectomy, or removing part of one hemisphere and fully disconnecting the remaining portion — brought St. John to tears. But the early detection (and the fact that her right hemisphere was affected) meant that at most, Ami would have some weakness on her left side and vision loss. As a mom of six other children — several with disabilities — once St. John was assured that Ami would survive the surgery and be fine, she said, “When can we do it?”

Neurosurgeon Dr. Cole Giller performed Ami’s hemispherectomy this past fall during a 15-hour procedure, and just three weeks later, Ami was laughing, sitting up and scooting around on the floor chasing her brother. She took her first steps next and is back to the babbling, giggling little girl that St. John first met. “It really was life-changing,” said St. John. “With him catching the Rasmussen’s like he did, Dr. Park saved her life, changed her life and changed our lives.”