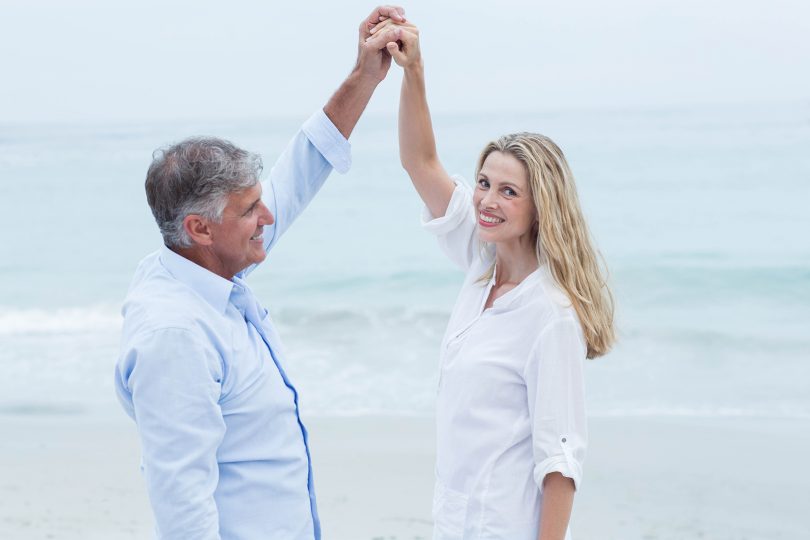 “I wore a beautiful couture gown at my son’s wedding,” Anne recalled fondly. “I remember dancing and laughing and feeling beautiful in every way.”

But every time Anne moved, she was reminded by painful chafing and crinkling sounds that she was wearing incontinence underwear. She knew that she’d be dancing and laughing and that she needed more protection.

“I bought the wrong size,” Anne said with a giggle, “and they were drooping down the entire night!”

Anne burst out with laughter — because that’s one of the ways she copes with urinary incontinence and other uncomfortable situations in life.

Anne has a last name. But, like most other women in her situation, struggling with a pelvic floor disorder (PFD) is very personal to her. In fact, 1 in 3 women will experience a PFD in her lifetime, but nearly 60 percent of women may wait up to five years or more to talk to their doctor about it. PFDs include loss of bladder or bowel control caused by weakening or tearing of the muscles, ligaments and connective tissues that support organs like the bladder, bowels, vagina and uterus.

‘Some women can tolerate this until they die. I couldn’t.’

It was this very thought that encouraged Anne — a wife, mother of two sons and grandmother who lives an active lifestyle comprised of boating, downhill skiing, gardening and traveling to visit her sons and granddaughter — to get far enough past her embarrassment to seek help.

After 20 years of struggling in silence, Anne talked to her gynecologist and was referred to Dr. Barbara Henley, a urogynecologist with Augusta University Women’s Health.

At Anne’s first appointment with Henley, she received information on various options, from Kegel exercises to surgery.

“It’s important to my team and me that our patients feel informed about their condition and their options,” Henley said. “After a thorough but painless exam, we
talk about treatments and work together to create a care plan that works for them.”

A year later, after caring for her husband through two surgeries, Anne decided it was time for surgery, herself.

“I looked at this as something to improve my everyday living,” Anne said. “And it did. How is this different from having a runny nose? You would do something about it!”

Anne’s female family members have also influenced her decision to seek help, including her sisters, all of whom have dealt with PFDs.

“I remember putting my mother’s clothes away and noticing that she put pads in her underwear before folding them,” Anne said. “That’s how embarrassed she was; she didn’t want the pack of pads sitting around for anyone, even caretakers, to see.”

“When I get on the floor to play with my granddaughter, I don’t want to be wearing a diaper like her,” Anne erupts with laughter again. “You can still do that with pads, of course, but it’s just not the same.”

Anne’s successful surgery allowed her to go “cold turkey” on pads immediately after. She looks forward to continuing to live her active lifestyle, playing with her granddaughter and future grandchildren and laughing through whatever situation life throws her way.

Don’t wait. Turn to the area’s only board-certified urogynecologist.

Dr. Barbara Henley and her team can help diagnose and treat these difficult problems with sensitivity and compassion. For more information or to make an appointment, visit augustahealth.org/urogyn or call 706-446-5901.