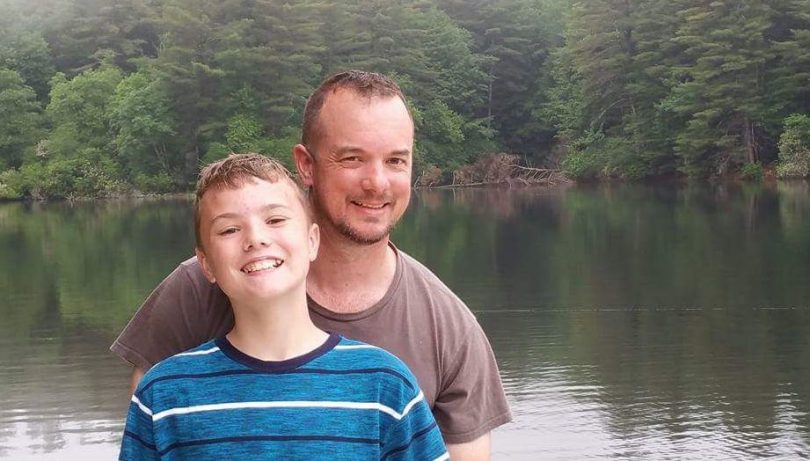 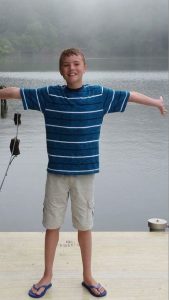 Because of an illness that shortens his life expectancy, Coleman James says he sometimes feels like he’s frozen in time. The 13-year-old battles cystic fibrosis (CF), a chronic, non-curable genetic disease that attacks the lungs and digestive system of about 30,000 children and young adults in the United States.

Few children with cystic fibrosis survived to attend elementary school in the 1950s. However, today, advances in CF research and treatment have increased the average lifespan by 20 to 30 years, giving kids like Coleman more time to play soccer and run track—two of his favorite pastimes.

“It will eventually take my life, but I just keep on fighting,” said Coleman. “I’ve been lucky all my life so far.”

The Augusta University Cystic Fibrosis Center, which covers both the adult program at AU Medical Center and the pediatric program at Children’s Hospital of Georgia at Augusta University, is one of just two centers in the state accredited by the national Cystic Fibrosis Foundation. Recently, the center was selected for membership in the Cystic Fibrosis Therapeutics Development Network, the largest CF clinical trials network in the world. It brings together leading experts to investigate and evaluate new therapies and promising treatments that could increase the quality and length of life for CF patients.

This is welcome news for Coleman’s father Rodney James, who said his son has benefited in the past as a study participant for a novel CF drug.

“We hope a cure is found someday soon,” James said. “Until then, we hope that the medications will evolve to at least slow it down.”

About every three months, James drives Coleman from Ellijay, Georgia, to the Children’s Hospital of Georgia to be seen by the CF Center team. It’s a 450-mile roundtrip.

“We could go to Atlanta, but we prefer the care we receive in Augusta,” James said.

During a spring clinic visit, Coleman learned that he is prediabetic.

“That’s a double-edged sword,” James said. “They want him to take in a lot of calories for the CF, but now we have to worry about the kinds of calories because of the diabetes threat.”

That’s a mere bump in the road for Coleman, who handles CF with remarkable candor.

“This disease will kill me,” Coleman said, “but I’m OK with that. I’m very blessed to have such great doctors, family and friends for support.”

The ninth-grader takes several medications and follows a rigorous morning and evening routine that includes albuterol treatments with a nebulizer. But his most critical daily task is wearing a special vest that vibrates his chest to loosen the buildup of mucus in his body. CF causes abnormally thick and sticky mucus to accumulate in the lungs and pancreas. Left untreated, it could lead to a deadly infection. The vibrating vest helps Coleman cough the mucus up and out.

“I know I need to keep doing this every day to live and feel better,” he said. “It controls your life, but you keep on going.”

“He is courageous and determined and lives life to its fullest.”

The teen also considers himself a bit of a cystic fibrosis champion.

“I’m trying to be a sponsor in some ways,” said Coleman. “Besides cancer, there are other things that can kill you. I want to let people know this is out there and maybe help advance CF studies.”

The clinical trials network could hold the promise of a better tomorrow for CF patients.

“Something new is out there. They’ll find more information and more medicines to try to fix this, and maybe even find a cure,” Coleman said. “You have to have hope when you have this disease; hope is the key to everything.”

To learn more about our cystic fibrosis center, visit augustahealth.org/cystic-fibrosis or call 706-721-2635.