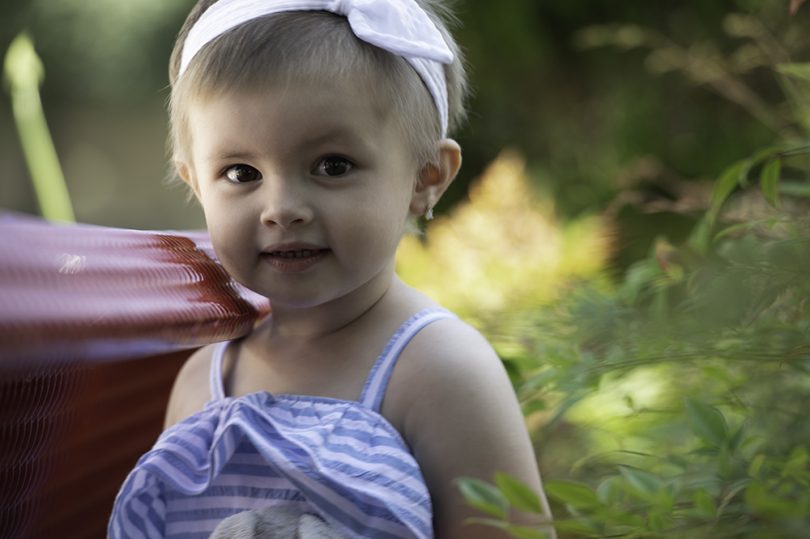 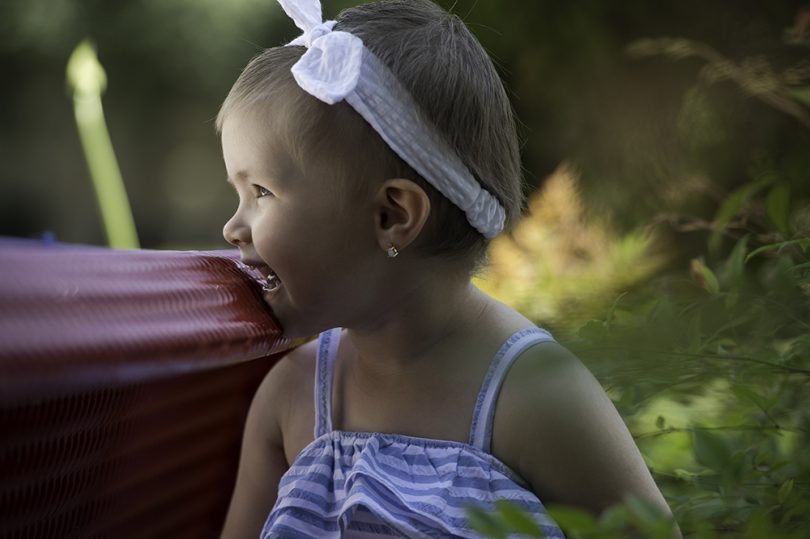 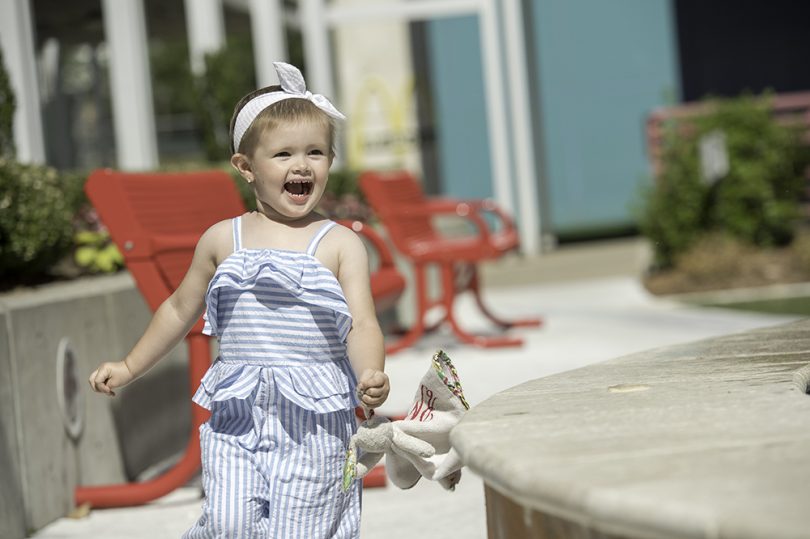 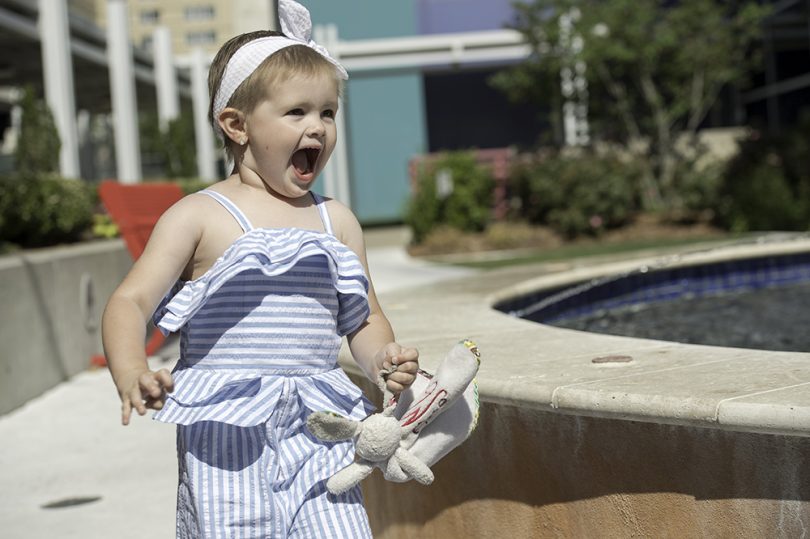 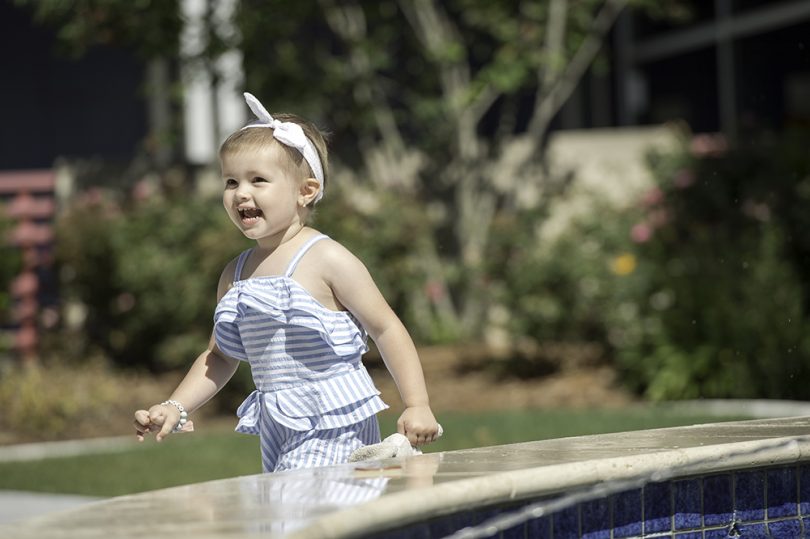 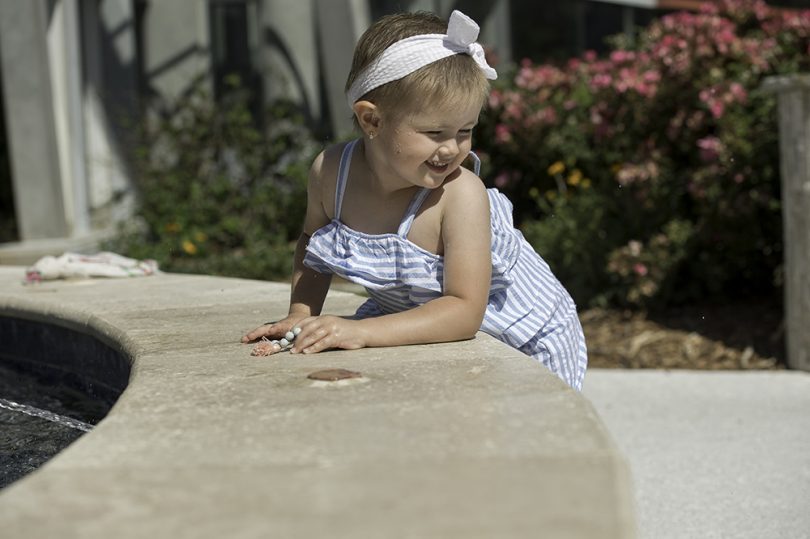 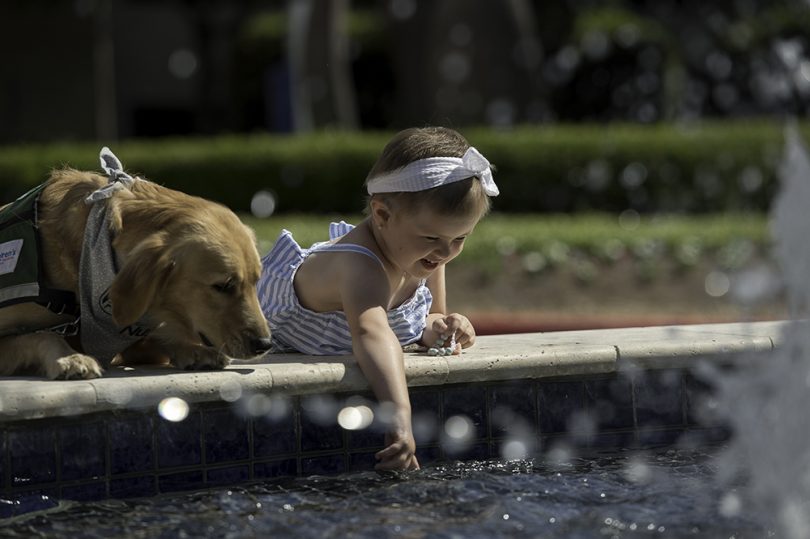 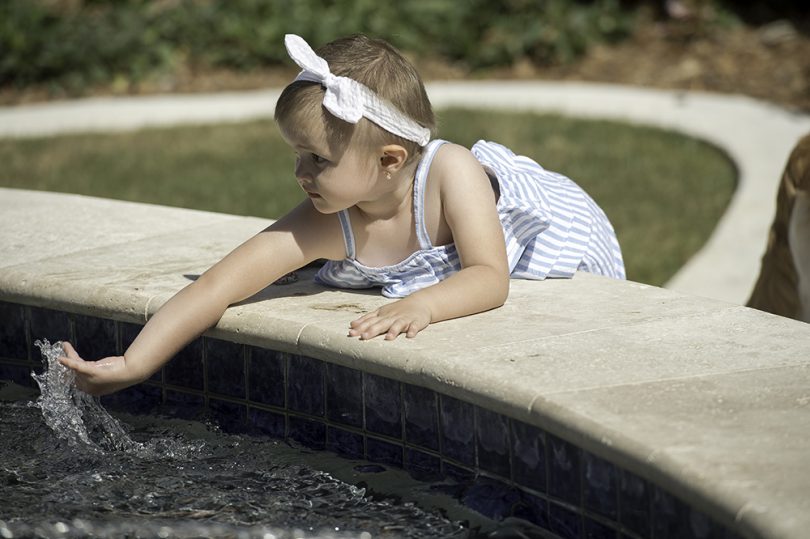 Disneyworld is supposed to be a shiny, happy place. Despite long lines, sometimes awful heat and the crowds—oh, the crowds—you always expect it to be magical.

And it was that way for Ryan and Jaime, who brought their 20-month-old daughter Reagan to Disney during spring break 2017. Until they were walking along one of those magical streets and Ryan felt a large, firm lump on Reagan’s left side.

“Every mom thinks the worse,” said Jaime. She, Ryan and Reagan’s pediatrician are family friends, so Ryan immediately called the office. Their pediatrician scheduled an appointment for the next Monday and said reassuringly, “Enjoy the rest of your vacation.”

“But I think he already knew,” said Jaime. When Monday came, the appointment didn’t take long before the family was referred to the Children’s Hospital of Georgia and pediatric surgeon Dr. Walt Pipkin.

Dr. Pipkin confirmed their fear—it was an abdominal mass, and 90 percent of these masses are cancerous. “It took my breath away, but I had already prepared,” said Jaime. “It was that mom instinct. I was going to keep it together and do what I needed to do to get her better.”

The appointment was at 8:30 a.m.—by 2:30 p.m. Reagan had been admitted to the Children’s Hospital. Surgery would happen the next day. In between, Reagan had a detailed ultrasound that clearly showed a mass engulfing her left kidney. “We don’t do biopsies on these,” said Dr. Pipkin in response to the family’s question. “These come out.”

Because the Children’s Hospital of Georgia is a member of the national Children’s Oncology Group, the specimen was sent to one of the top kidney cancer specialists in the world, Dr. Elizabeth Perlman at Northwestern University.

It was Perlman who would identify what kind of cancer it was, which would also determine what treatment, if any, Reagan would need.

“No one wants to hear cancer, but we were told that if there is a type you want, you want a Wilms tumor,” said Jaime. “Well, they ruled that out pretty quick.” It would be another week before the diagnosis came back: clear cell sarcoma, which affects only about 25 children total in the United States.

“In hindsight, now I say thank God for rare,” said Jaime, since rare in this case meant the cancer was well-researched. With her stage 2 cancer, Reagan was put on a schedule of six days of initial radiation, followed by 25 total weeks or nine cycles of chemotherapy.

At the Children’s Hospital, Reagan’s oncologist, Dr. Colleen McDonough, arranged for the chemotherapy—which usually takes place on an inpatient ward—to be completed on an outpatient basis, to accommodate the busy and always moving toddler. “I knew she was not going to be a great inpatient, and the team in the outpatient clinic did a wonderful job at just doing their job,” said Jaime.

And when Reagan’s hair started falling out at clinic—her ponytail, with bow, came off right in Jaime’s hand—the nurses took one look at her stricken face and whipped out a little bag so Jaime could put it in Reagan’s keepsake box.

Throughout the entire treatment, which finished just before Christmas 2017, Reagan was just herself—“a 2-year-old tornado. She’d run through throwing up,” said Jaime. And she’s grateful for that.

The experience has also opened up a new passion. “We’re honored to do anything we can to help raise awareness of this hospital and these wonderful surgeons and doctors, to give them the opportunity to save more precious lives. It’s just that simple.”