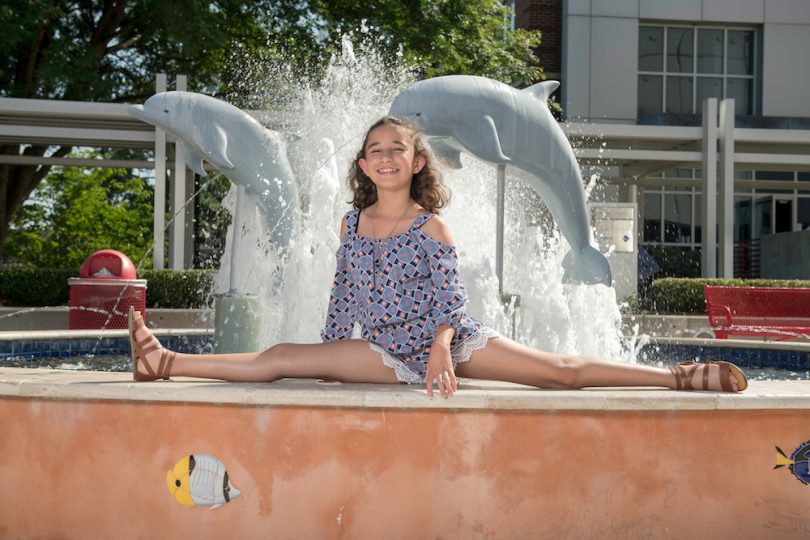 It’s a condition with a big name—arthrogryposis multiplex congenital amyoplasia—but when someone on the playground asks, “What’s wrong with your hands?” Isabelle, or Izzy as she prefers to be called, simply says, “I have arthro. Let’s go play.”

Only about 1 in 3,000 children are born with arthro, or AMC, and amyoplasia is the most common form. Most of us have heard of clubfoot, but AMC takes clubfoot to the next level. A person with clubfoot has one or both feet permanently turned inward. With AMC, more than one joint of the body can be affected. Without surgery and/or intense therapy, people born with AMC typically wouldn’t be able to walk, use their hands and even in some extreme cases move their backs or jaws.

Tania found out something was wrong with Izzy while she was pregnant, during an ultrasound. But her care team thought it was clubfoot, which is fairly straightforward to treat with surgery and casting. Izzy’s feet were twisted inward pretty badly, and she had her first surgery when she was just 3 months old.

But the casting didn’t work. And Tania kept asking, “What’s going on with her hands? My other baby’s hands didn’t look like that.”

With still no answers three months later, Tania and her husband Darren were referred to a geneticist at the Children’s Hospital of Georgia. He opened up a book and pointed to a photo: “We think this is what Izzy has.” 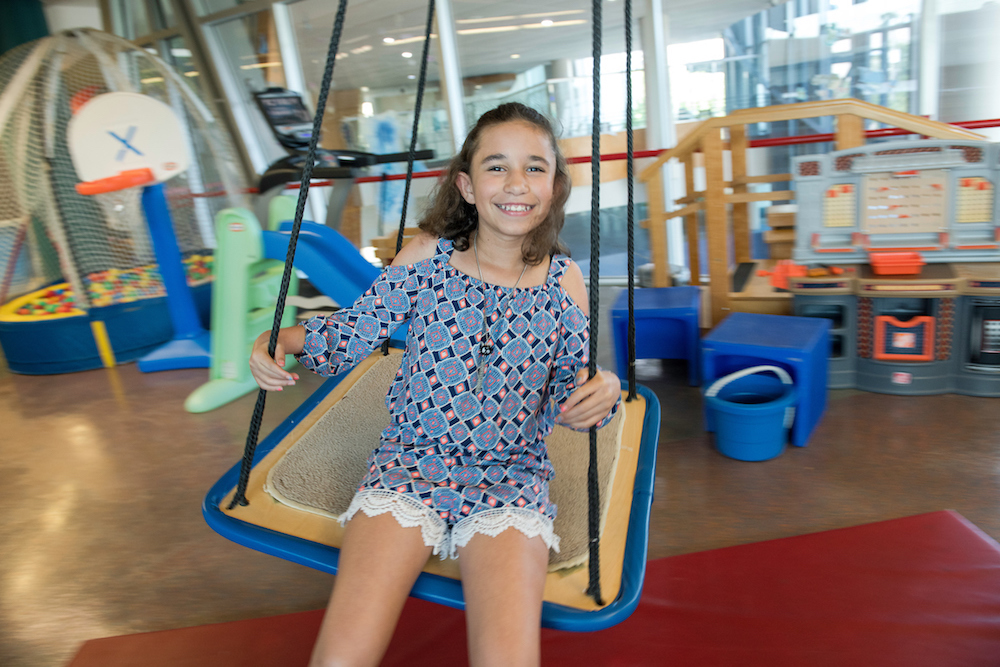 “I swear, it looked like a picture of her,” said Tania. “It was exactly what she had. So we had a name and a treatment, and we could go forward with getting her to be able to walk and to help her joints.”

Izzy’s family would get to know Dr. Styles Bertrand, director of pediatric orthopaedics, very well over the next five years. She would have heel cord release surgery on her feet when she was two to and again at four, which cuts the Achilles tendon so it can lengthen and grow back together. It helped her feet fall more naturally, and in between, Izzy’s feet would be put in casts again and again— about every three to six weeks—to help her feet straighten out.

Therapy has been another constant. Along with physical therapy to help her learn to walk, Izzy still goes every week to work on her hands, which also are twisted. Hand surgery, however, is more risky, with less payoff, so “we decided to take a little more natural route and just adapt certain things like buttonholes and zippers, until Izzy is older,” said Tania.

Most children walk around age 1. Izzy took her first steps when she was three and a half. But she hasn’t stopped since. “She runs and jumps and all of that,” said Tania.

Izzy still wears braces at night to help keep her feet in the position they’re in now: She walks, runs and jumps on her tiptoes, like a ballerina. She’s petite too like a dancer—a dancer with some pretty tough moves. Izzy also happens to be a world champion in karate and is working on her third-degree black belt.

Her AMC is not cured. Her family knows that if Izzy has a major growth spurt, they will need to “probably start everything over again. It’s a constant thing…It’s a lifestyle she’ll have to maintain her whole life.”

At the same time, “She doesn’t let anything stop her,” said Tania with a laugh. “But she is the first person to help someone get through a hard time. She’s an amazing kid.”