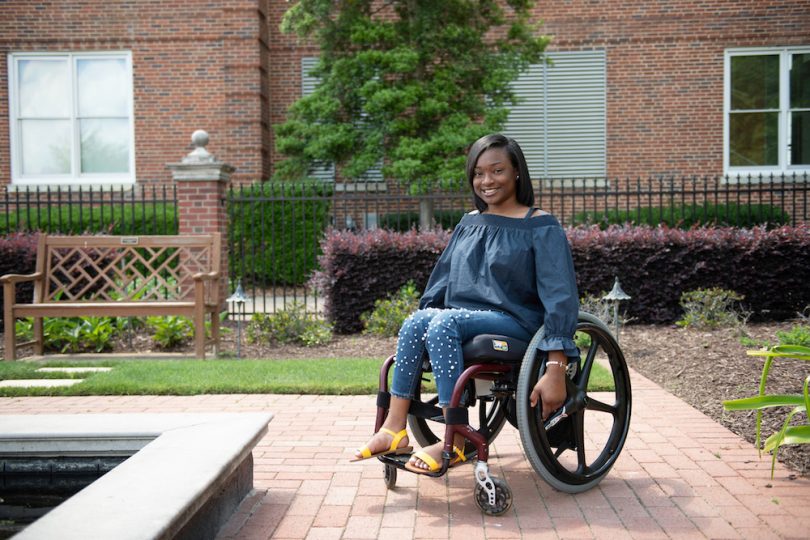 Just about every mom has a “first steps” story.

When Maria’s daughter, Destiny, was 13 months old, she slipped off a Thomas the Tank Engine toy scooter and took her first steps toward her mother. “Of course, I screamed,” said Maria.

Destiny stared at her, dropped to the floor, got back up on Thomas and flatly refused to take another step. “She’s always been very independent,” said Maria with a laugh.

It’s a memory that etched in Maria’s mind—especially since it’s the first and last time she would ever see her daughter walk.

The next day, Maria got a call at work. It took just one moment, one horrible, life-changing accident at home, and Destiny’s back—her tiny, perfect back—was broken. Doctors at the Children’s Hospital of Georgia gave Maria the devastating news that her daughter would never walk again.

It was like everything went out of my body,” said Maria. “I didn’t know what to do, I wasn’t prepared. It’s not something you can be prepared for as a parent.”

So she did what she knew best: raising her daughter. And Destiny’s independent spirit? Well, that did the rest. 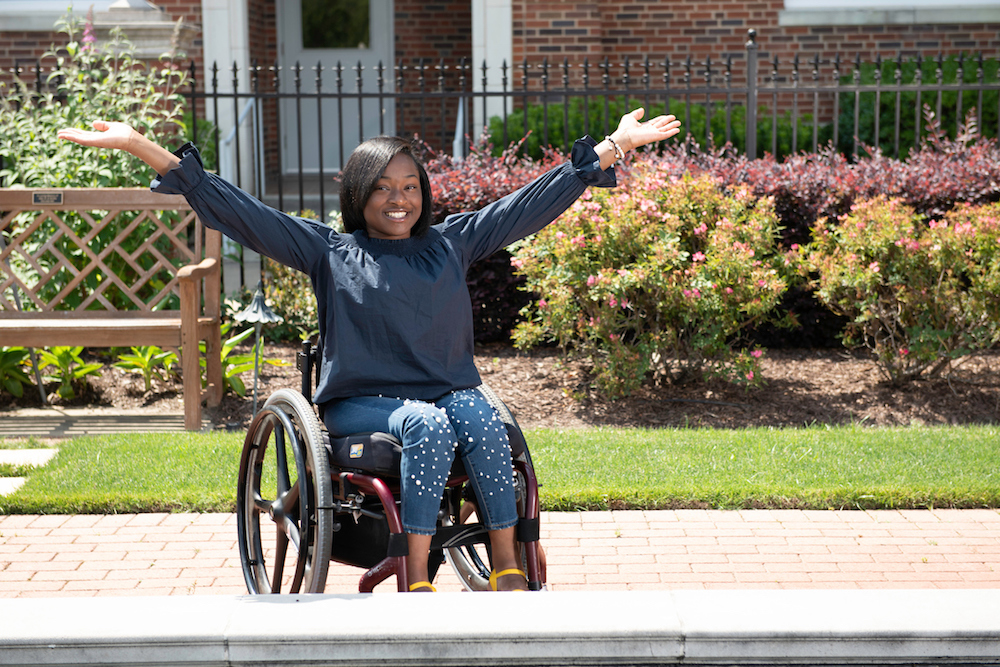 Within a week of inpatient rehab, the 13-month-old was navigating her wheelchair like a pro—“it was super tiny!” Maria recalled. When Destiny was 3, she began clamoring for ballet lessons. So Maria found a local instructor who offered adaptive classes. Next came sports: T-ball, softball, soccer, basketball. “There was nothing she couldn’t do,” said Maria. “If she said she wanted something, she did it. And she loved sports. I could never get her to wear a dress. She’d cry if I put her in a dress.”

These were all adaptive sports—but Destiny was never quite satisfied playing in the modified version.

Then when she was around 10, more news: Destiny’s spine was curving, and she was developing scoliosis. That meant more surgery, this time a spinal fusion. And the sports she loved? They were too risky.

But Destiny went for it, full throttle. She signed up for Barbizon Modeling at the Augusta Mall. At the interview, she was the only girl in a wheelchair, and Maria wanted them to leave. “But Destiny was super pumped,” said Maria. “And she made it.”

Six months of training followed. At her first competition in Atlanta, Destiny wasn’t allowed to compete in the modeling portion because the stage wasn’t accessible. Maria wanted to leave again—but Destiny told her, “It’s going to be OK.” She competed in another segment, and at the end of the day, she was announced not only as the division winner but also the overall competition winner, with 18 callbacks from agents. “My legs buckled,” said Maria.

A national competition followed, where Destiny received a third place and two honorable mentions, along with 15 callbacks. One of them would lead to her being signed with Glitter Talent Agency in New York City. She’s also competing in this year’s Miss Georgia Teen pageant and is now writing a book about her life with her mom.

“She really wants people with disabilities to know that they can do anything they put their minds to,” said Maria. “She’s like, ‘If I can do it, you can do it.’ A lot of times, agents tell her, ‘You’re so perfect.’ She says, ‘Nobody’s perfect, but I’m blessed.’ That’s just her.”
[chog20]