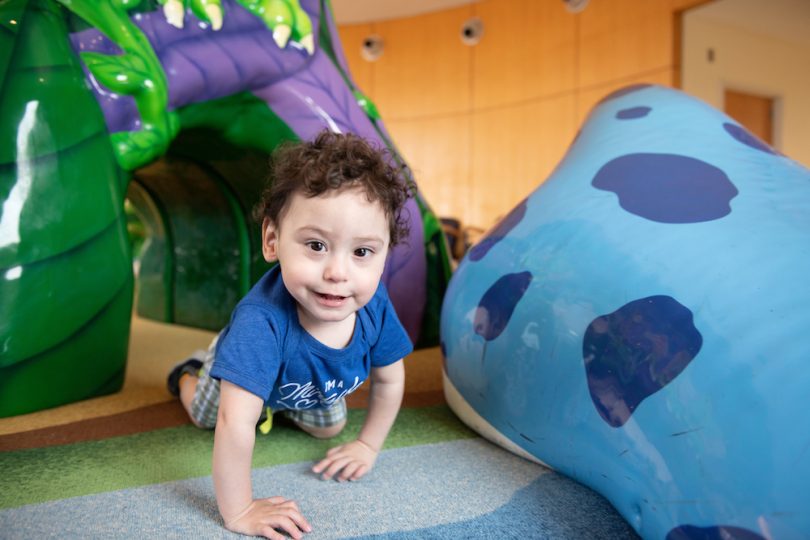 If it hadn’t been for a moved appointment, Jacob might not be here today.

“I had a difficult pregnancy,” said his mom Gaby, who experienced regular bleeding. “I was high-risk, and all along, I had the feeling I needed to be here at the Children’s Hospital of Georgia in case something went wrong.”

July 20 was supposed to be just another check-up with maternal-fetal medicine specialist Dr. Paul Browne. And it was just a fluke that Gaby had asked to move it up from the end of the month.

Gaby was just 29 weeks along.

At the appointment, she had a little protein in her urine, so Dr. Browne suggested a 24-hour urine test. “We can wait ’til you come back on Friday if you like to do your ultrasound,” he said.

“Since my parents are here, could we do it today?” Gaby asked. “Sure,” he agreed.

It would be the most important question Gaby had ever asked in her life.

During the ultrasound, the technician found that Gaby’s amniotic fluid—which protects and cushions an unborn baby and helps tiny lungs develop—was completely gone. Blood flow had also stopped, which meant the baby, whom Gaby had already named Jacob, wasn’t getting any nutrients.

Jacob was delivered that night at 6:45 p.m.—and was rushed away before Gaby could even see him because he wasn’t breathing. Doctors struggled to intubate his tiny body, only a little bigger than the size of a hand. “He was so small, they couldn’t get the tube in at first,” said Gaby. “But Dr. [Chantrapa] Bunyapen, she’s amazing. I tell her, ‘You saved his life, literally.”

Gaby likes to say that she got to see her baby being born—“just from the outside.” It felt that way, during the four long months that it took for Jacob to catch up on the time he missed growing inside his mother’s womb. Gaby started feeding him a mixture of breastmilk and formula, just 1 millimeter at a time, as soon as his stomach was ready to process food. Around two weeks, she was able to hold her baby for the first time. She was nervous. “He was so small,” she said. “But then I thought, compared to us, babies are small.”

Next came his lungs. Doctors kept trying to remove his breathing tube, but Jacob would crash every time. “He’d forget to breathe,” said Gaby. So the Children’s Hospital of Georgia was able to use new technology: NAVA or neutrally adjusted ventilatory assist. The machine uses a catheter with an electrode that attached to Jacob’s diaphragm that would essentially remind him to breathe—and help him learn how to breathe along the way.

And Jacob caught on fast. Soon, Gaby was experiencing that fluttery feeling of nerves, excitement and “they’re really going to let me take this baby home?” that all new moms experience. The first time that she had to clean out and then replace Jacob’s NG tube was tough, and there were more challenges along the way, but she—along with the support of her parents—were able to watch Jacob thrive. 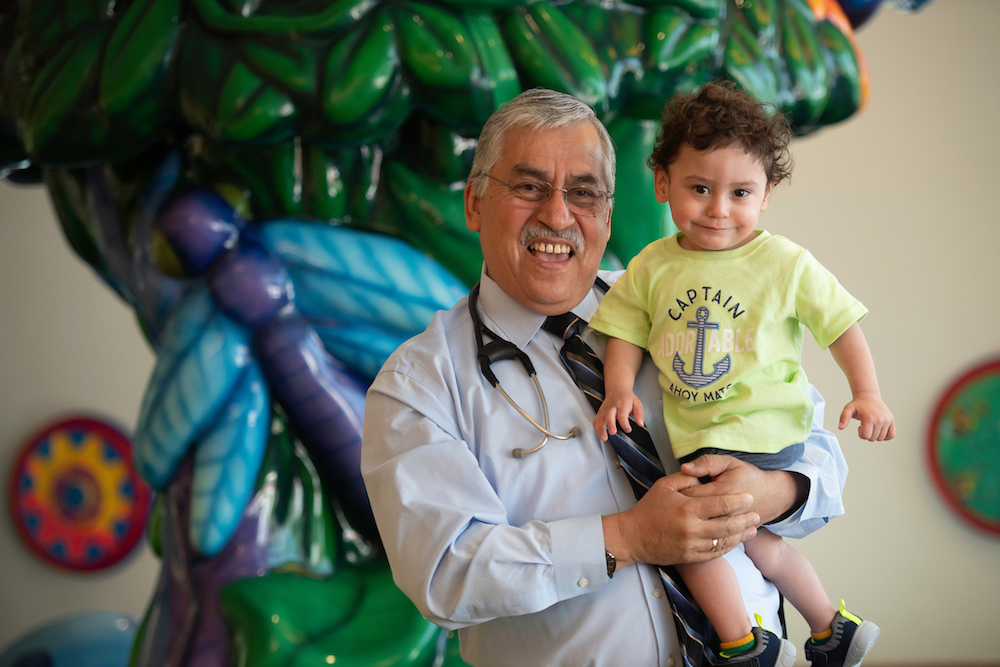 Today, at 2, he’s a “bright little boy,” says Gaby. “He catches on to everything. He sings all his letters, he knows his numbers. He’s a miracle. I am blessed beyond belief, and I give credit to God for putting the right doctors and nurses in place for him. They are like angels to us. I wouldn’t go anywhere else.”