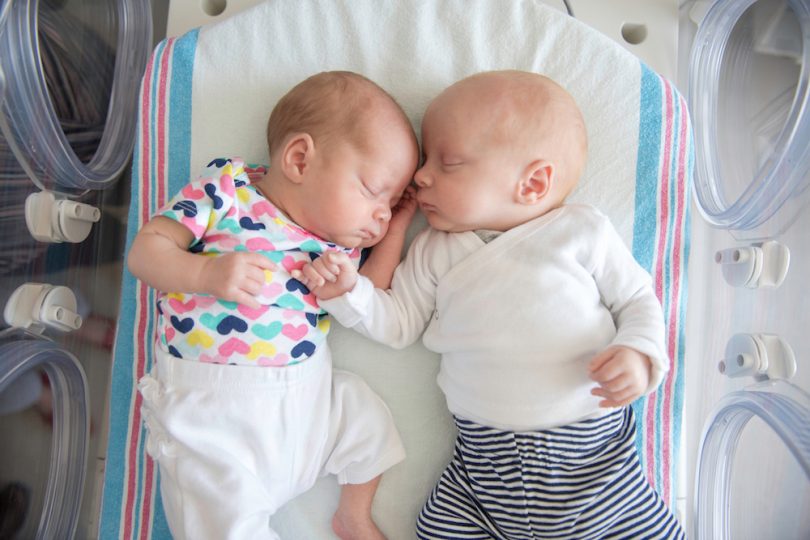 When you’re pregnant, you expect to feel large, swollen and pretty unwieldy.

When Erica started to have some swelling when she was 30 weeks into a pregnancy with twins, the 40-year-old wasn’t too worried.

Then came the weekend that changed everything.

“There was a morning that I woke up and couldn’t close my lips, my eyes felt like they were going to pop out of my head, I couldn’t fit any shoes on my feet because they were so swollen and my fingers would hardly bend,” said Erica. “I knew there was a problem.”

Her husband, Eddie, helped take her blood pressure, and it was high. But it was a Sunday. Erica hoped she could just call her doctor the next day. But by that evening, she was feeling worse, and the next blood pressure reading showed 170/100. In someone who isn’t pregnant, that reading would mean stage 2 hypertension or incredibly high blood pressure.

But in pregnancy, it means pre-eclampsia—a potentially dangerous condition that affects about 5 percent of pregnancies—which is what Erica was diagnosed with after she called her doctor and was admitted to Augusta University Health.

“I quickly learned that pre-eclampsia is diagnosed by persistent high blood pressure that develops during pregnancy – most commonly in high-risk pregnancies – which I was, at 40 carrying multiples,” said Erica. 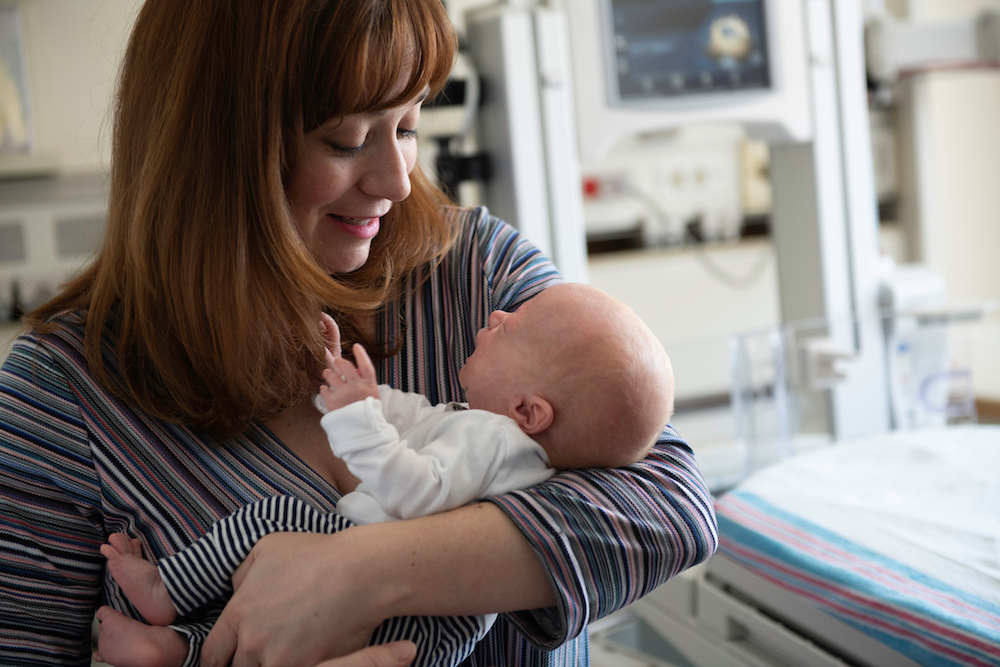 She stayed in the hospital for 10 days, under close watch in case of a seizure—another risk of pre-eclampsia—and was treated by antihypertensive drugs and magnesium sulfate. The hope was to buy Erica’s babies as much time as possible before they had to be delivered.

Erica fought hard, and that 10 days was the utmost her body could do. The twins were nine weeks early—and went straight from delivery to the neonatal intensive care unit (NICU) at the Children’s Hospital of Georgia.

“Nothing can really prepare you for having twins nine weeks early,” said Erica. “We were simply shocked by their tininess and numb with fear for them.”

Over the next six weeks, Erica and Eddie sat with their children, surrounded by big equipment, which seemed even bigger compared to their children, so small and helpless. Monitors and alarms beeped constantly as they sat in the darkness with just the blue glow of the lights.

“The hum of the lifesaving machines becomes hypnotizing and terrorizing at the same time,” said Erica. “It felt like an eternity seeing our babies poked, X-rayed, jabbed to find a vein for an IV, catheterized, hearing them cry and not being able to hold and comfort them.”

But at the same time, there was hope as they were waiting for those machines to complete the work of helping their children grow and develop. “The NICU is filled with the sickest of the sick, yet those babies in there quietly reminded us day after day that there is always hope,” said Erica. “They had a strength that I could only dream of. They were fighters.”

At the entrance of the NICU is a wall of graduates: babies spent months in the hospital but who have grown up. Today, Isobel and Campbell can join them.

“Looking back we realize that our time in the NICU was very similar to the real world  – babies and families, life and death, rich and poor, celebrations and grief, good and bad, joy and sadness,” said Erica. “Nobody ever wants to have their baby there, but all are grateful for the chance at life the NICU offers.”