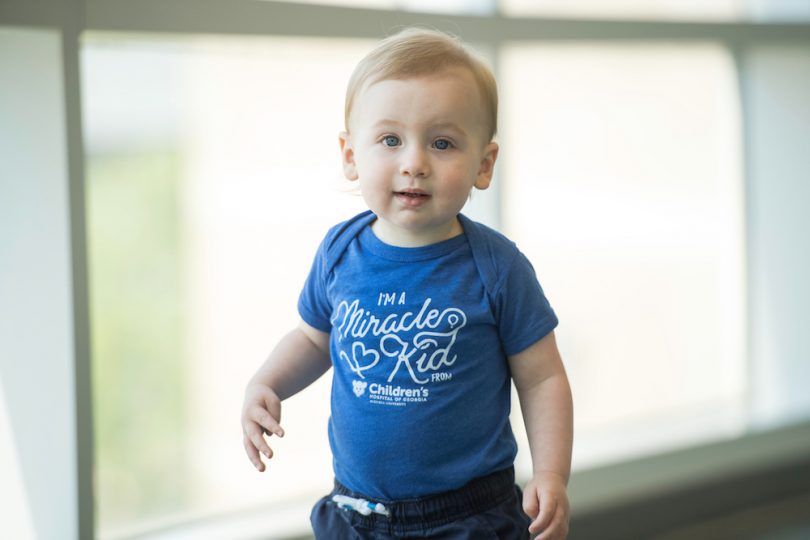 When Cooper was born with his umbilical cord wrapped around his neck, his parents, Alicia and Brett, thought that would be the worst they’d have to worry about.

Because when you’re first-time parents, worrying just comes with the territory. “I knew just two things: The baby is going to eat and sleep—that’s it,” said Alicia. After just three days at home, he was sleeping—so hard that Alicia would often have to wake him—but he wasn’t eating much.

Worried that she was doing something wrong while nursing Cooper, Alicia made an appointment with her lactation consultant. The first thing the consultant asked was, “Has he always been this color?”—wondering if he might have jaundice. Then Cooper cried, the same shrill, high-pitched cry he’d been crying since soon after he was born.

“I didn’t know it then, but that cry was a sign,” said Alicia. But the lactation consultant knew. She contacted another nurse, as well as Cooper’s pediatrician, just to confirm what she was thinking, then told Alicia, “He needs to go to the ER right now. Don’t speed, don’t stop anywhere, just go straight there. We’ll call ahead.”

Two hours of testing followed, and when Cooper was admitted to the pediatric intensive care unit, staff had to immediately intubate him. “They said, ‘Your son is extremely sick.’ We were shocked. We went from thinking maybe he had jaundice or was a little dehydrated to your son’s really, really sick,” said Alicia.

While in the ER, the doctors couldn’t locate Cooper’s aorta, the body’s largest artery, which supplies blood throughout the body. And they soon found out why: Cooper’s was so narrow that hardly any blood was passing through, which meant that his major organs weren’t getting oxygen. His kidney and his liver were on the verge of failure, and doctors worried too about lack of blood to his brain.

Cooper needed surgery to repair his aorta, but the first step was to get his tiny, 6-plus-pound body strong enough to withstand surgery. All fetuses have an extra blood vessel that allows blood to be oxygenated and flow directly to the organs, so doctors first gave Cooper medicine to keep that vessel—known as the ductus arteriosis—open. That gave his organs the oxygen-rich blood they were starved for and helped them heal. 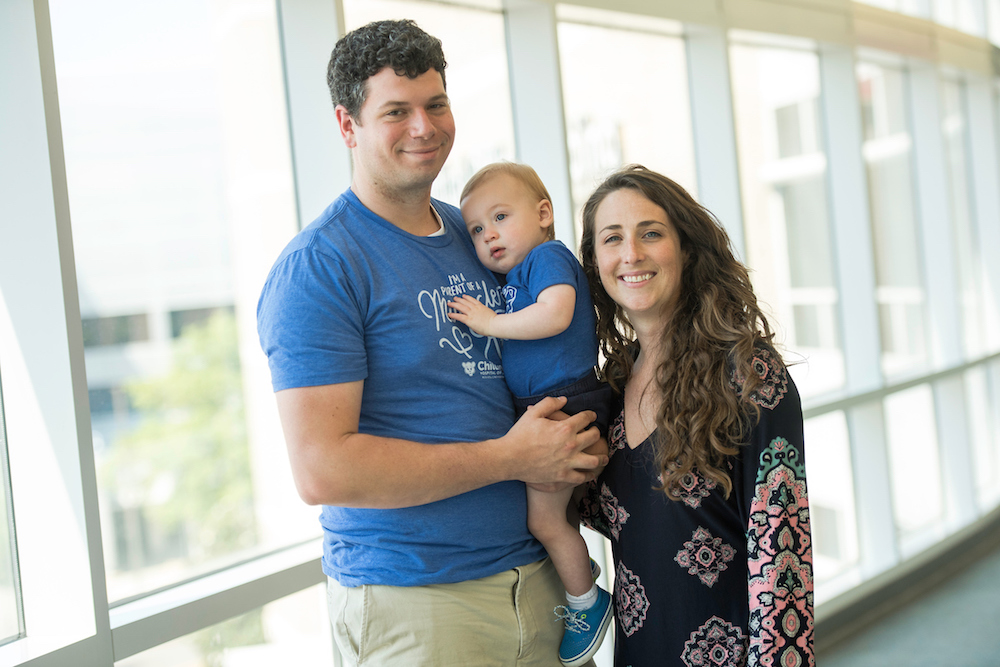 “We never in our lives thought we’d be praying for him to pee, but doctors told us that if he didn’t in 24 hours, he’d need to go on dialysis,” said Alicia. “But he did it, and his kidneys were almost back to normal in three days.”

His liver would take another four days, and scans thankfully found no problems with Cooper’s brain. But at the same time, Cooper was battling lung infections that were keeping doctors from performing the surgery.

Finally, his lungs were healthy enough, so about a month after he was born, on Valentine’s Day, doctors told Alicia and Brett that their son would have heart surgery the next day.

The worry came flooding back: Cooper would be on ECMO, a machine that would do the work of his heart and lungs during surgery. After surgery, he’d still be connected to multiple tubes—just as he was in those early days in the PICU.

But this time, one by one, they quickly came out. Alicia’s birthday is on Feb. 18, and her only wish was that Cooper would finally come off the ventilator. “He literally gave me the gift I asked for,” she said.

Cooper should never need surgery again, although he still goes back for regular follow-ups. “He’s the happiest little baby,” said Alicia. “He’s always smiling. He’s just a normal child at this point who just happened to have heart surgery.”