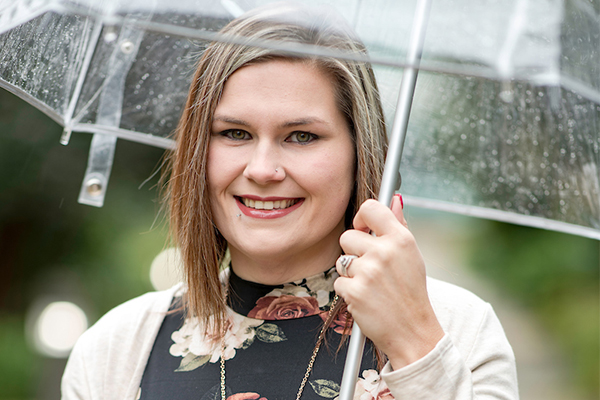 If there were a plan for becoming overweight, Stacey, 32, would have checked off all the boxes.

It started when she was a kid. Her mom was overweight, and plenty of sodas, chips and other junk food were always available. The young Stacey remembers just overeating—“being a kid and wanting to eat what I wanted to eat.”

In high school, marching band helped her get fit for the first time in her life. But then she got pregnant.

Pregnancy is what often leads women to becoming—and staying—overweight. Again, that box got checked. “My weight went completely crazy, but I didn’t care anymore,” she said.

Soon Stacey was a wife and pregnant with her second baby—and got gestational diabetes, which never really went away.

For the next 10 years, life was all about the crazy and busy times that come with being a wife and mom to now six children, ages 14 to 5.

But here’s where the plan changed.

It was tough to watch her kids running around and not be able to join them. It was hard going to the doctor and hearing the problems—high blood pressure, high cholesterol. It was especially hard to keep injecting herself with insulin—at her highest, she would need 400 to 500 units per day.

Because as much as she tried, she couldn’t break the addition to the food she knew wasn’t good for her.

She’d thought about weight loss surgery before—even signed up then backed out. But in December 2016, it was almost like a gift to herself: She told her doctor, “I’m ready.”

Her physician referred her to Dr. Renee Hilton, director of Bariatric and Metabolic Surgery at Augusta University Health. Not that it was a quick fix. Hilton made that very clear. Stacey would need to work with the team for at least a year before surgery could happen, and then after that, her entire lifestyle had to be different.

The first step was changing what and how she ate. Stacey had to switch from the junk food she craved to the right portions of healthy protein, whole grains, fruits and vegetables. Even more, she had to give up her daylong sodas for just water, with “horrible withdrawal symptoms and headaches,” she said. “It was bad.”

But this time, the knowledge that surgery was ahead gave Stacey the motivation she needed.

When it came to exercise, at first, 15 minutes on the treadmill or elliptical and she was maxed out. But she added more time, minute by minute, until she was hitting the gym five days a week for a half hour at a time. “I love it,” she said. “And I never thought I’d say I love going to the gym.”

Stacey also had multiple, ongoing tests so that her medical team could get to know her body and prepare for surgery, including endoscopy to check for stomach ulcers and hernias, chest X-rays to examine her lungs, gallbladder scans, blood tests and more. She also met twice with a psychiatrist to make sure she was mentally prepared, not just for surgery but for the lifestyle change that surgery would mean.

Hilton learned that Stacey was also a smoker. “She told me, ‘You have to quit before I can do the surgery,’” she said. “I was in tears, but again, the surgery gave me the motivation.”

Once she was smoke-free for eight weeks, the surgery prep could really begin.

Before the surgery, Stacey had to go on a two-week liver shrinking diet: a protein shake for breakfast and lunch, string cheese or a little cottage cheese and fruit for snacks, and a dinner of three ounces of fish or chicken, unlimited vegetables and sugar-free popsicles.

When she started her weight loss journey, Stacey was at 287 pounds. The year of working out and eating well helped her lose 12 pounds. That final liver shrinking diet got her to 255 pounds. 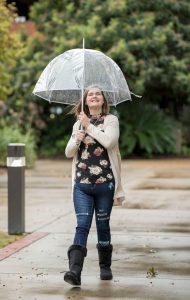 Stacey is the healthiest she’s ever been thanks to her hard work and the support of Dr. Renee Hilton and the Augusta University Bariatric Surgery team.

“The day of surgery, I was a nervous wreck,” said Stacey. “I was crying, I was scared, I was excited. I had so many mixed emotions, I didn’t know what to expect or how to feel. But I was ready to start my new journey and feel better.”

During the 2.5-hour procedure, Hilton performed a gastric sleeve surgery, which removes part of the stomach and creates a banana-shaped sleeve or pouch with the remaining portion. It’s a minimally invasive procedure, with just five tiny cuts on Stacey’s stomach area, which meant a much faster recovery. In fact, “I came home that afternoon, and the next afternoon, I was walking around Wal-Mart,” she said.

Because the surgery makes a person’s stomach smaller, the stomach can’t hold as much food—so people feel full faster and can’t eat as much. For the first two weeks after surgery, Stacey was on a liquid diet: water, a 60-gram daily protein shake, chicken broth and sugarfree popsicles. “But you’re so full,” said Stacey, who describes the “full” feeling as different after surgery. “For the protein shake, it was hard even to fit that in.”

The next two weeks after that, it was all about pureed foods, including some recipes that Stacey came up with, like blended lasagna, “smushy” cauliflower and blended chicken and rice.

Then, finally, she was on maintenance. “I could eat whatever I can handle,” she said, “according to my new lifestyle and eating habits.”

Today, instead of the chicken-fried steaks or fast food that were her diet a year and a half ago, Stacey focuses on healthy proteins, lots of salads and just a few carbs. She also has to remember that she can’t drink anything—even water—15 to 30 minutes before or after she eats.

Today, too, she’s also proud to say that she has zero health problems and isn’t on any medicine at all—“except for vitamins.” And she’s active, really active, for one of the first times in her life. Recently, she had the chance to go with her daughter on a band trip to Carowinds. The pre-surgery Stacey would have stayed home—after all, she wouldn’t have been able to ride anything—but the Stacey today rode everything they could possibly get into. “It was so much fun,” she remembers with a smile.

She’s at 172 pounds now, with her goal weight just a few more pounds away, at 160. And she’s reaching another goal, one that she would never have pushed herself to do before: She’s getting her GED so that she can go to college to be a nurse.

She gives so much credit to Dr. Hilton and her team for this next chapter in her life and a brand-new plan. “The bariatric clinic is the most amazing supportive place I’ve ever been. I would recommend that whole department in general to anyone I know. And in fact, two other people have gone to get surgery because of me!” 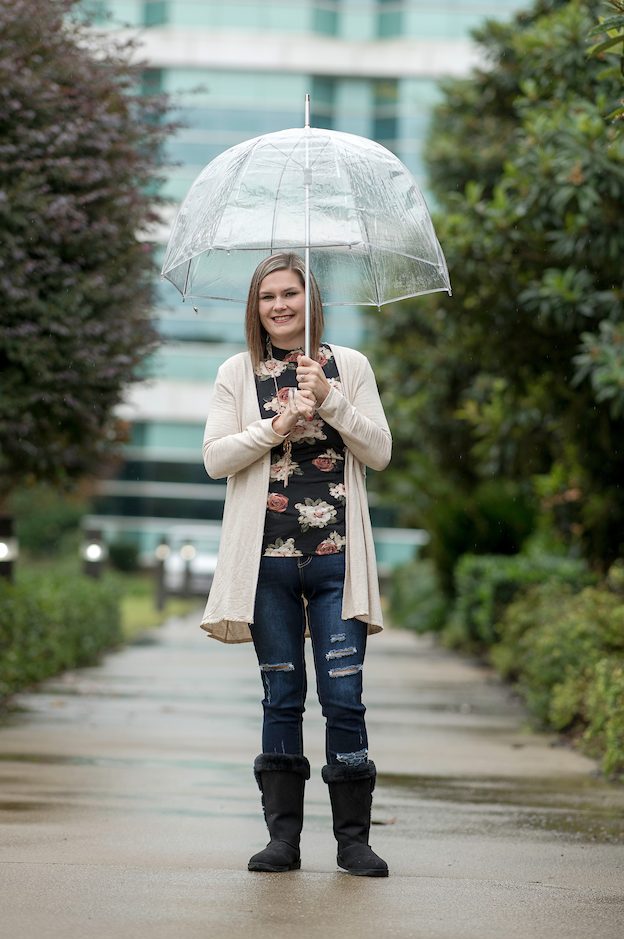 Start your own journey today.

Take our Healthy Weight Quiz and find out if weight loss surgery is right for you.