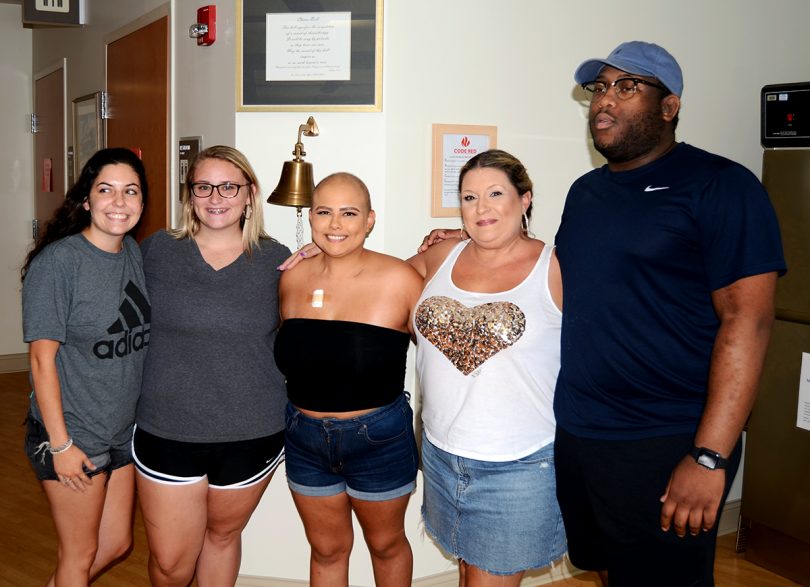 Surrounded by family, friends and Georgia Cancer Center staff, one 19-year-old’s chemotherapy treatments came to an end with tears of joy and the traditional ringing of the bell.

For Michi Macias, it was the end of a journey that started after a lump on her neck forced her to quit school and move back home to begin treatment.

“It was February 2019 when my mom told me I need to go to the doctor to get the lump checked,” Macias said. “I had looked up possible diagnoses, but I never thought it would be cancer. So, when the doctor told me that’s what it was, I asked him what I needed to do next.”

Macias was a sophomore at Clemson University in South Carolina when she learned the lump on the side of her neck meant she had Hodgkin lymphoma. After sharing the news with her mom, who lived in Augusta, the two women decided it would be best for Macias to move back home to begin treatment at the Georgia Cancer Center at Augusta University.

“At the time, I thought I was just tired because I was a busy college student going from class to class with lots of projects in between,” Macias said. “But after being diagnosed, I was ready to begin the treatment process so I could start working towards my future career.”

According to the American Cancer Society (ACS), Hodgkin lymphoma is common in early adulthood. ACS research shows it is the most common cancer diagnosed in teens ages 15 to 19. Those same studies found the 5-year relative survival rate for all patients diagnosed with Hodgkin lymphoma is now about 86%.

For Macias, her dream is to be a high school chemistry teacher. She fell in love with her career choice after being a student-teacher for middle school students. While she knows her life will never be 100 percent normal again, she’s realized she’s OK with the road her journey traveled. 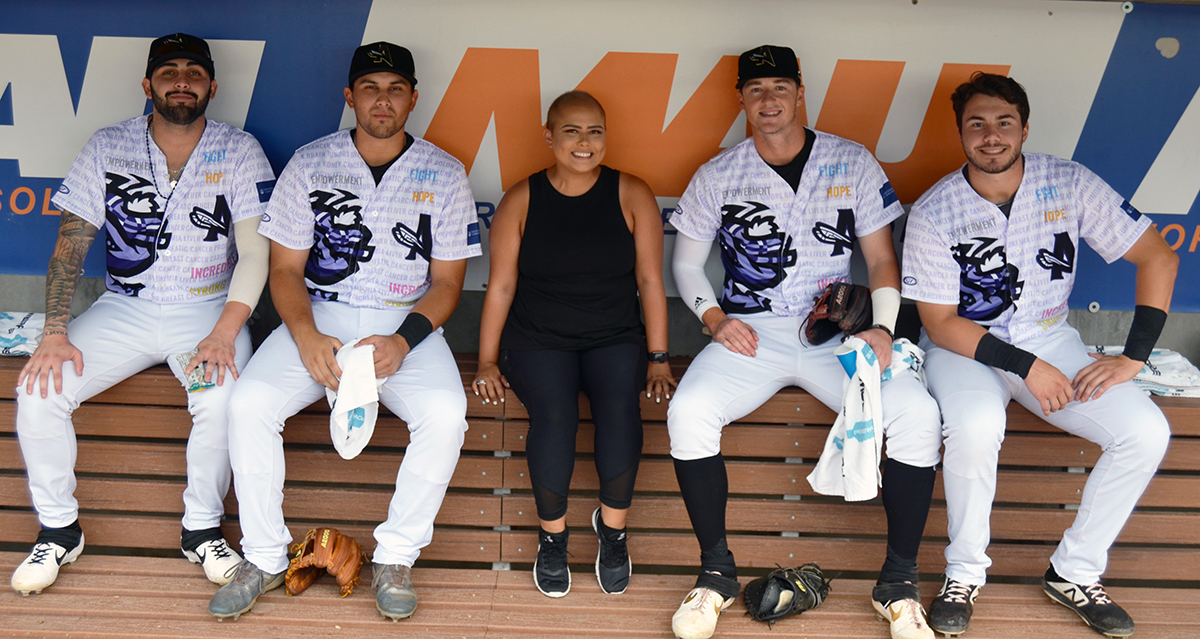 Macias got to throw out the first pitch during the Augusta GreenJackets cancer awareness game on Aug. 24, 2019.

“I underwent 12 chemotherapy treatments over six months,” she said. “After each treatment, I would tell my family and friends that I was slowly kicking cancer’s butt with every session. Yes, there were times I was sick and wouldn’t want to get out of bed. But, I didn’t want to lay in bed feeling sorry for myself.”

Macias credits the support of her mom, Kristina, as one of the keys for getting through the initial shock of her diagnosis. See, Kristina is a cancer survivor herself, surviving ovarian and uterine cancer when Macias was a child.

“There are a lot of cancer patients who have family and friends who don’t understand what it’s like going through treatment,” Macias said. “That can make it more difficult for you. But, I think it helped me a lot to have those shared experiences with my mom.”

It was her mom who was there during her final day of chemotherapy treatment. As Macias finished her last dose, she was emotional knowing that ringing the bell to mark the end of her treatment process would be a moment she would never forget.

“I just want to say thanks to everyone who has been here through this journey,” she said. “It’s been such a long seven months and I could’ve never done it without all the support and love I have.” 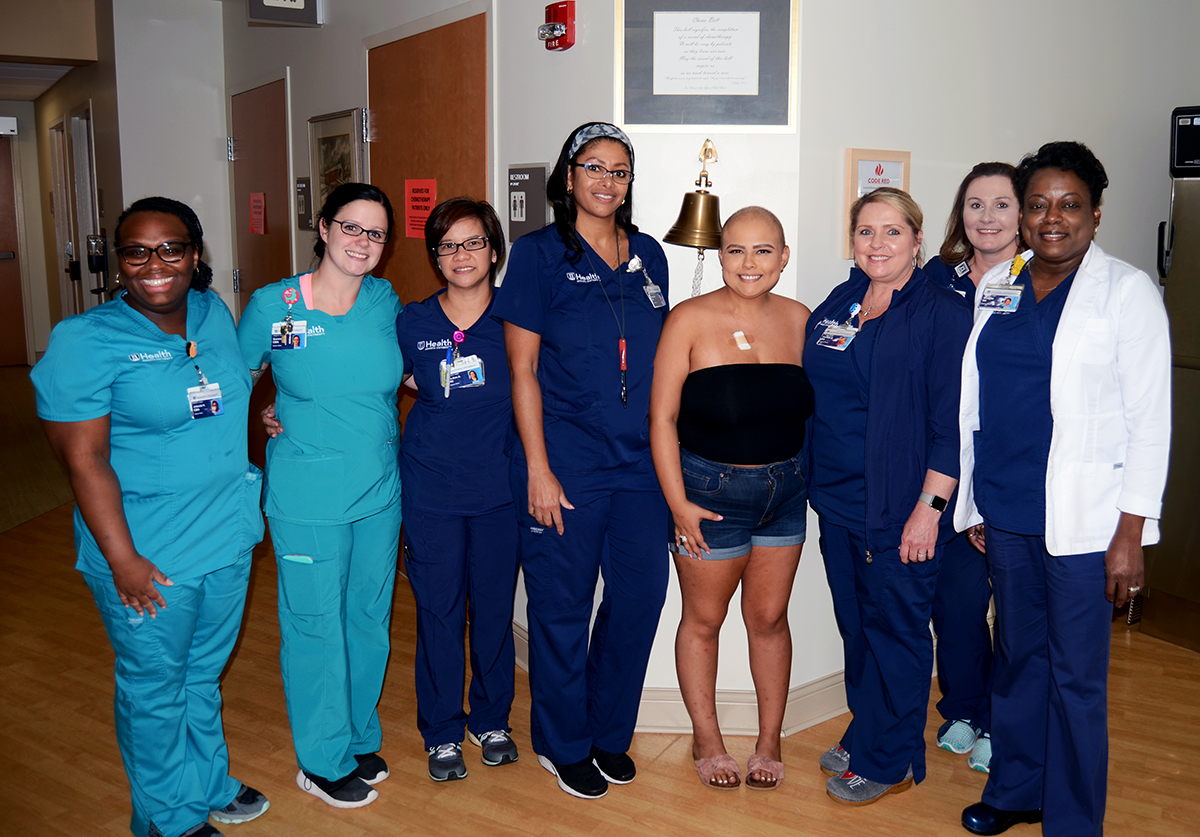