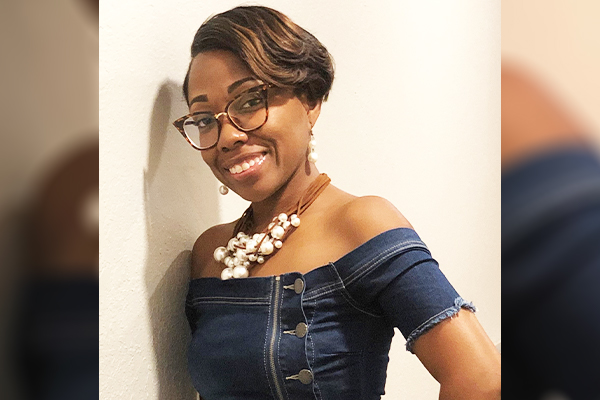 The tumor was on her right adrenal gland, just above her kidney and so close to one of the large veins carrying blood to the heart that doctors at the Augusta University Adrenal Center weren’t sure they could take it out. It was aggressive, too—an 18 out of 20 on the rating scale—and had also metastasized to her liver. “At that point,” she said, “nobody knew if I was going to live or die.”

But the Adrenal Center wasn’t done quite yet.

One of the benefits of the Adrenal Center is multidisciplinary care—a team of experts in fields such as surgery, radiology, oncology, anesthesiology, cardiology and more—who consult with one another, in the same room at the same time, on a patient’s case. They did that for Moses’ tumor, taking a closer look at the anatomy of the tumor every way they could, using MRI and a new type of PET scan called a dotatate scan, which is designed specifically for adrenal tumors. Together, they figured out a way to make a safe surgery possible.

For Moses, just 36 years old, with no family history of any major diseases, the news was a huge relief, after months of not knowing why she was having so many strange symptoms. It started that previous summer—her heart would suddenly start racing. By October, it had gotten so bad that just waking up to walk to the bathroom would set her heart pounding. When she finally had an anxiety attack at home and her husband took her to the hospital, doctors found that her blood pressure was in the 200s. They also found the tumor on her adrenal gland, which is when she was referred to the center at Augusta University.

“We had been praying,” Moses said simply, “praying the Lord would find a way.”

It took a month to prep Moses for surgery: an adrenalectomy or complete removal of the right adrenal gland to take care of the pheochromocytoma, along with additional surgery to remove the spots of cancer on her liver. She took about 10 pills every day, a combination of alpha blockers and beta blockers, to help prepare her heart; one of the reasons Moses was experiencing heart problems related to the tumor is that her adrenal gland was delivering too much adrenaline directly to the heart.

Feb. 20 was the date of Moses’ surgery, and she says, “It was the scariest day of my life.” The surgery itself took about five hours, and while she stayed in the hospital for almost a week and still had a long recovery at home afterwards, she saw an immediate change—no more racing heart. “I didn’t have heart palpitations, no headaches, no more blood pressure medicine,” she said.

She’s set for five weeks of radiation, but she already has a goal in sight: “I go in every day and see that bell [that cancer patients ring after finishing treatment],” she said. “I’m going to ring that bell and take a big picture and put it all over the place to say, ‘I survived this.’”

She also wants to share the story of her experience at the Augusta University Adrenal Center: “Because I think that the Adrenal Center was a big part of saving my life, to be honest. If my doctor had not referred me to the Adrenal Center, I can’t tell you where I would be. I’m thankful I was able to be referred out as quickly to someone who was able to pick it up and go forth.”

She also thanks the team, minimally invasive surgeon Dr. Aaron Bolduc; nurse practitioner Nicole Martinez De Andino; and endocrinologist Dr. Carlos Isales. “Now they’re part of my family,” she said, “not because they took care of me but because of how much they care.”