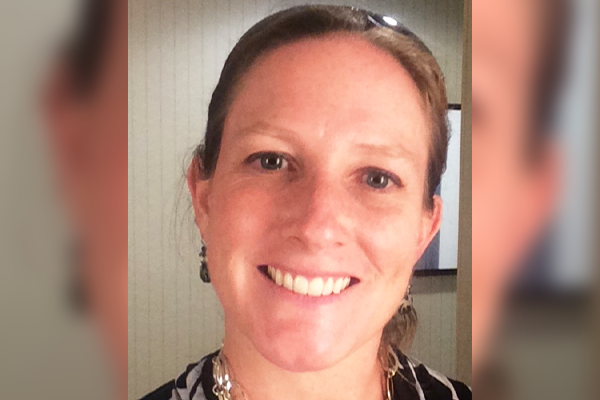 “It’s a joke in my family: Don’t look for normal stuff with this one—it’s always zebras and unicorns,” said Carrie Srnka.

An equine therapist who lives in Aiken, Srnka says she started having digestive problems about six years ago. “Basically, I had minimal digestion,” she said. “I had tests that kept coming back negative saying I was healthy. I tried medications, but they didn’t work. We didn’t know what it was.”

What she would come to find out later was that her stomach issues were the first symptom of something her body had been battling for a while: a problem with her adrenal gland.

Along with the digestive problems, Srnka started having pain and was battling fatigue, too. “I was endlessly eating sugar as a boost,” she said. “But still, I was exhausted 90% of the time. I’m a bit of a hyper personality—quick talking and fast to think. But after 1 p.m. each day, the fatigue just killed me. If I didn’t have a company that understood the situation I was going through, I wouldn’t have been able to work.”

Srnka was still seeing doctors and searching for answers. An endoscopy to check for an ulcer found something else: A mass on what doctors at first thought was the pancreas, but later confirmed was the right adrenal gland.

Her first thought was cancer. The physician suggested a biopsy, but Srnka did some research on her own. She searched for “top endocrinologists in Augusta” and found Dr. Carlos Isales at the Augusta University Adrenal Center. When she called, Isales himself answered the phone. “I almost fell out of the chair,” she said.

Srnka explained what was going on. Isales asked her to send him some of her test results, and to have her doctor call him. Srnka said instead, “I’d really like to come to you and have you help me.”

Within a couple of weeks, Srnka was sitting in the Adrenal Center, meeting Isales, surgeon Dr. Aaron Bolduc, and nurse practitioner Nicki Martinez de Andino. She told them about her strange symptoms and after some further blood work, learned that she had a pheochromocytoma, a very rare adrenal gland tumor. A biopsy, Isales told her, might have killed her, causing her adrenal gland to release a flood of adrenaline straight to her heart.

She had her surgery in February 2019. Now, a year later, she’s still getting back to normal—the Carrie before the pain, the fatigue, the digestive problems. “It takes time to rebalance the hormones,” she said.

In her search online, she read that it can take eight to 12 years for patients with adrenal problems to be diagnosed. She feels lucky that she took charge of her own health and found Isales and Bolduc and the Augusta University Adrenal Center. “I certainly can never thank them enough,” she said, “both Dr. Isales for his vast knowledge and quick response to figure out what I had, and Dr. Bolduc and his entire OR team for literally saving my life.”